Since the existence of life insurance there have been many people who have faked their own death and attempted to collect on a life insurance claim by splitting the claim proceeds with a beneficiary such as a spouse or relative.

How many people have actually gotten away with this? It is impossible to say, since we only know about the people that have been caught submitting a bogus life insurance claim. What we do know, however, is that people are not always smart about filing a bogus claim, and in the following bizarre cases have been downright stupid about it.

So, let’s get going with our top 5 list of the craziest life insurance claims! 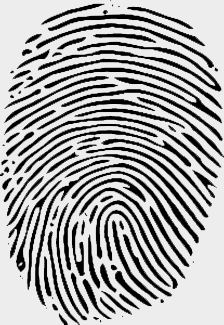 In 2005 Anthony McErlean faked his own death by impersonating his wife and then claiming that he had been killed after being struck by a cabbage truck while traveling in Honduras. The life insurance he stood to collect was about 500,000 British pounds.

The insurance company was suspicious of the circumstances (what tipped them off we don’t know) and had the police check out the story. The police dusted the submitted life insurance documentation for prints, and found Anthony’s fingerprints on the death certificate!

Since the chances of coming back from the dead to submit a death certificate to authorities is rather remote, Anthony was subsequently charged with life insurance fraud along with his wife who was found to be complicit. He was sentenced to 6 years in prison (there were previous fraud convictions that were taken into account). 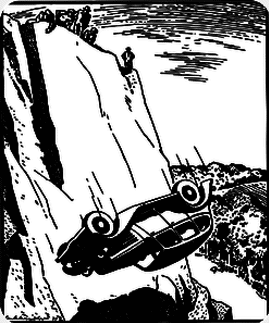 In 2005 a Texas couple by the names of Molly and Clayton Daniels dug up a corpse from a nearby cemetery, dressed it in some of Clayton’s clothes and put the corpse in Clayton’s car. They then pushed the vehicle over a cliff, expecting to see a fiery inferno like we always see in the movies.

Unfortunately for them the car did not burst into flames, so they climbed down the cliff and tried setting the corpse on fire using some lighter fluid.

Of course, before this all happened the Daniels took out a $110,000 life insurance policy on Clayton.

They then faked Clayton’s death in order to collect on the life insurance policy and also keep Clayton out of prison (he was facing jail time for failing to report to his probation officer for previous charges).

Police immediately suspected that there was something fishy going on, however. First, there were no skid marks on the road where the car went off the cliff. Second, investigators quickly determined the vehicle fire actually started in the driver’s seat and was fueled by barbecue lighter fluid.

The final nail in the coffin came when DNA testing confirmed that the burned crash victim was not Clayton but was in fact a woman by the name of Charlotte Davis (who had died over a year before). 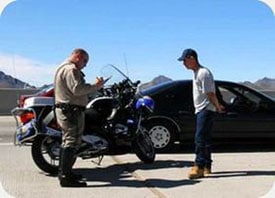 In 2012 a man by the name of Raymond Roth was pulled over and ticketed for a speeding infraction. No big deal, right? Many of us have been given a ticket for speeding at some time in our driving career.

This was a problem though, a DWD problem. To be more precise, a Driving While Dead issue! As it turns out Raymond Roth was thought to have drowned and had been the object of a massive police search a short while beforehand.

To be fair, there is still some confusion as to the culpability of the son and father (e.g. who knew what). However, there was an email sent by Raymond to his son where Raymond instructs his son to contact him at a hotel after the staged death to let him know how things were progressing. 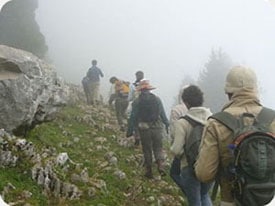 Harry Gordon was a prominent Australian businessman and one-time millionaire who decided to fake his own death due to surmounting financial and personal pressures, including alleged extortion by criminal elements.

In June of 2000 he faked his own death in a “boating accident” along with the help of his wife, Sheila, who eventually submitted a claim on a 1.75 million pound life insurance policy. Supposedly their daughter also knew about this scheme. Interestingly enough, the life insurance company didn’t pay out and Sheila did not pursue the claim any further.

After his “death” Harry met and fell in love with an Auckland woman named Kristine Newsome. In 2005 Harry and his newfound love were hiking atop Mount Maunganui in Tauranga, New Zealand, when they ran straight into Harry’s brother Michael. Apparently Michael said “Hello. Is that really you?” to which Harry replied “Of course. But look, it’s not convenient to talk now. I’ll call you in a few days”.

Quite a shock for Michael, since he really believed his brother had perished in a boating accident five years earlier!

But the jig was up. Michael went to Sheila (Harry’s first wife) and managed to persuade her to go to the police and spill the beans.”The end result? Harry was sentenced to 18 months in jail for false representation and conspiracy to defraud an insurance company. His first wife Sheila was given five months of house arrest.

It really is a small world! 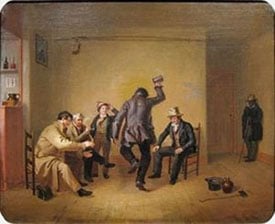 “Iron” Mike Malloy was a homeless, alcoholic person from New York City who had the extreme misfortune of frequenting a bar with some seriously greedy and immoral characters.

Eventually known as the “Murder Trust”, these four people (the bar owner and three other patrons) convinced Mike to sign three life insurance policies, all of which had the Murder Trust individuals as the beneficiaries. After all, Mike Malloy was known for his alcoholic excesses and was a middle aged man. How long could he continue the way he was and live, especially if he had an open bar tab that he didn’t have to pay back?

Well, it turns out that Mike was made of much more durable stuff than the conspirators realized. In spite of consuming vast amounts of free alcohol, Mike was still in relatively decent health.

The conspirators decided action was called for, so they started adding anti-freeze to Mike’s drinks. This didn’t faze Iron Mike in the least, so next they added turpentine to his drinks. The end result? Mike’s health seemed to be improving!

To make a long story shorter the Murder Trust:

Dragged Mike outside when he was passed out, poured water on him to help him freeze and left him there.

Fed him at least one sandwich that contained carpenter’s tacks and metal shavings.

Hired a cab to run Mike over. This didn’t work so they hired another cabbie to run over another homeless drunk that had some of Mike’s ID in his pockets.
After all these attempts, a few days later Iron Mike rolled back into the bar, complaining about a sore shoulder (and probably looking for some more free booze).

Sadly to say, there isn’t a happy ending to this tale. The Murder Trust eventually ended up earning their nickname and murdering Iron Mike by force-feeding him gasoline. In return the authorities found all four of them guilty of first degree murder and they were executed for their crimes.